‘Mission Rabies’ on the go in Madurai 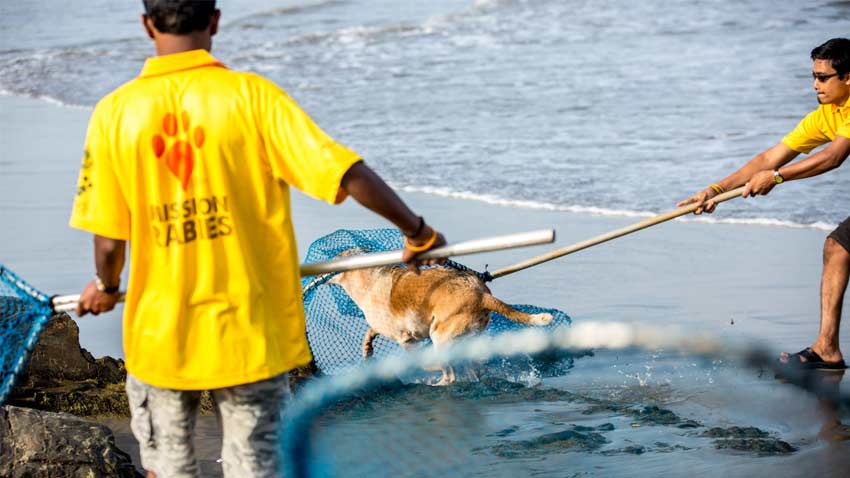 The latest buzz around- ‘Ten days, 100 wards and 6,000 dogs’ this has been set as the prime focus of a mass rabies vaccination of dogs in the city. This has been decided to be launched on September 2, under a project called ‘Mission Rabies.’

Originated from UK, World Veterinary Service (WVS) has introduced a comprehensive action plan so as to execute the project alongwith the support of Madurai Corporation, Animal Husbandry Department, veterinarians and animal welfare activists.

Throughout the campaign that is supposed to end on September 13, trained animal handlers, dog catchers and veterinary doctors will be vaccinating stray dogs in each of the 100 wards in all the four zones of the Corporation.

As per the instructions, neck collars will be tied on stray dogs or some paint will be applied on the dogs after their vaccination session so as to ensure easy identification.

Soon a mobile veterinary care unit will be set into service and there will be four teams to carry out vaccination at one time in all the zones.

Also the importance of dog sterilisation through Animal Birth Control Programme will be stressed upon.

Since the prior target has been fixed as 6,000 dogs, the authorities are somehow ready to take in more dogs under the programme as ample number of rabies vaccine doses are still available.

A proper schedule for vaccination has been fixed for each area and the local public has been guided to get in contact with local Corporation officials if any dogs are left out during the campaign.

Use but don’t overuse your mobile phones: experts