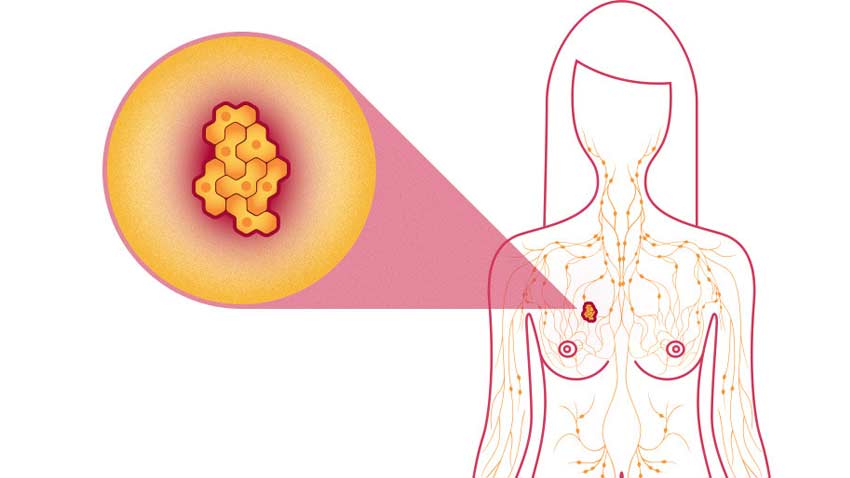 Breast cancer is the most common cancer afflicting many women around the world. Generally a painless breast lump is the first indication of an impending breast malignancy, but not all lumps are cancerous.

Thus, understanding the early signs and symptoms of the disease can cut unwanted stress and anxiety associated with the disease.

Various Breast Cancer Symptoms
• A lump or hardening of an area of the breast – Development of the lump or thickening of the tissue of the breast.

• A change in size or shape of either one or both breasts – Any kind of asymmetry of the breasts, like dimpling, swelling or shrinkage of the breast should be closely investigated.

• Any change in the feel or appearance of the nipple – Nipple that appears to have turned inward or sunken into the breast.

• Pain in the breast – Pain in either of the breasts or armpits which is not related to one’s period cycle should be investigated.