Air pollution consists of small particles that can be natural or artificial. The range of possible pollutants means that air pollution can affect people both outdoors and indoors. 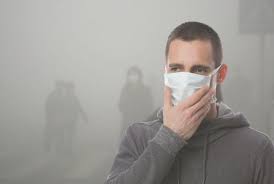 According to the World Health Organization (WHO), the pollutants that pose the highest risk trusted source to a person’s health care:

Short-term exposure to air pollution, such as ground-level ozone, can affect the respiratory system because the majority trusted Source of the pollutants enters the body through a person’s airways.

Short-term exposure to air pollution may lead to respiratory infections and reduced lung function. It may also aggravate asthma in people with this condition. Exposure to sulfur dioxide may cause damage to the eyes and respiratory tract, as well as irritating the skin.

How Can We Reduce Exposure?

People can reduce their exposure to air pollutants by limiting the amount of time that they spend in areas with poor air quality. It is important to be aware of possible air pollutants both outdoors and indoors.