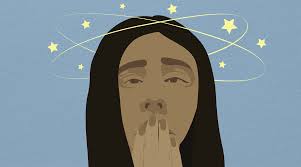 Share
You get motion sickness when there are conflicts among your senses. Say you’re on a ride at the fair, and it’s spinning you around and upside down. Your eyes see one thing, your muscles feel another, and your inner ears sense something else.

Your brain can’t take in all those mixed signals. That’s why you end up feeling dizzy and sick.

The Role of the Ears

Your inner ears, in particular, help control your sense of balance. They are part of a network called the vestibular system. This system includes three pairs of semicircular canals and two sacs, called the saccule and the utricle. They send information about what’s going on around you to the brain.

The semicircular canals hold a fluid that moves with the turns of your head. The saccule and utricle are sensitive to gravity. They tell the brain whether you’re standing up or lying down.

The Role of the Brain

Your brain takes in all this data, and it usually comes together and makes sense. But sometimes your brain gets confusing signals.

The result is the same: motion sickness. 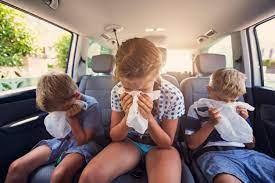 Anybody can get motion sickness, but it’s most common in children and pregnant women. Unlike a cold, you can’t spread it to other people. It’s not contagious.

Motion sickness can strike quickly and make you break out in a cold sweat and feel like you need to throw up. Other common symptoms include:

In addition, some people get headaches, feel very tired, or have shallow breathing