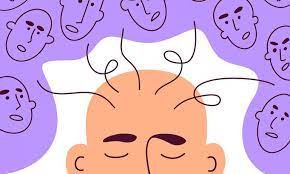 Schizophrenia is a chronic, severe mental disorder that affects the way a person thinks, acts, expresses emotions, perceives reality, and relates to others. Though schizophrenia isn’t as common as other major mental illnesses, it can be the most chronic and disabling.

People with schizophrenia often have problems doing well in society, at work, at school, and in relationships. They might feel frightened and withdrawn and could appear to have lost touch with reality. This lifelong disease can’t be cured but can be controlled with proper treatment.

Contrary to popular belief, schizophrenia is not a split or multiple personalities. Schizophrenia involves psychosis, a type of mental illness in which a person can’t tell what’s real from what’s imagined. At times, people with psychotic disorders lose touch with reality. The world may seem like a jumble of confusing thoughts, images, and sounds. Their behavior may be very strange and even shocking. A sudden change in personality and behavior, which happens when people who have it lose touch with reality, is called a psychotic episode. 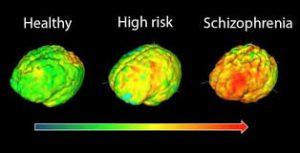 What Are the Early Symptoms of Schizophrenia?

How Is Schizophrenia Treated?

The goal of schizophrenia treatment is to ease the symptoms and to cut the chances of a relapse or return of symptoms. Treatment for schizophrenia may include: