Many hospitals gather information on how patients fare after surgery, but that information is not usually available to the public.

So it is hard to compare hospitals when you’re scheduling surgery.

The analysis covered 27 kinds of common surgeries, including hip and knee replacements, back surgery, and surgery to clear blocked arteries.

Consumer Reports rated hospitals based on the percent of Medicare patients undergoing surgery who died or were hospitalized longer than expected, which could indicate complications.

Consumer Reports is rating hospitals on how patients fare during and after surgery. The group ranked the best and worst surgical facilities in the country.

“We rated hospitals based on the percent of Medicare patients undergoing surgery who died or were hospitalized longer than expected, which could indicate complications,” said Dr. John Santa with Consumer Reports.

Consumer Reports ranked on a five-step scale using better to worse as measures.

The publication said it found that scoring high in one procedure was “no guarantee of success in others.”

It cited St. Francis Hospital in Roslyn, which got a “highest” rating for angioplasty and a “worse” rating for carotid artery surgery.

Dr. John Santa, Consumer Reports’ medical adviser, says, “We know the ratings aren’t a perfect measurement, but we think they’re an important first step in giving patients the the information they need to make an informed choice.” 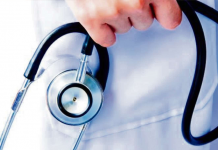 Ban on two drugs to be lifted

Yearning for a radiant skin? March the natural ‘green’ pathway

Women, read on for the most effective contraception methods

Bisexuality Not A Real Sexual Orientation