Tucking in a hearty breakfast may cut the odds of infertility in women, researchers have found.

According to the findings of a new study, women who take down extra calories in the morning, rather than evening, experience better ovulation thus boosting fertility in woman who suffer from menstrual irregularities due to Polycystic Ovary Syndrome (PCOS).

In addition, eating a high calorie breakfast helps regulate insulin, testosterone and other hormones, all bearing a negative impact a woman’s fertility.

The study
To check if meal times have an impact on woman’s reproductive health, researchers from the Hebrew University, Tel Aviv University and Wolfson Medical Center enrolled 60 women for a 12-week study. The participants, aged between 25 and 39, were lean with a BMI of less than 23. All suffered from polycystic ovary syndrome.

The women were randomly divided into two groups and were put on a 1,800 calorie diet per day. The difference, however, in two groups was the timing of their largest meal.

While the first group consumed their largest meal of nearly 1,000 calories at breakfast, the other took it at dinner.

Researchers found improved results for the group that consumed their largest meal at breakfast. Women in the ‘breakfast’ group posted an 8 percent drop in glucose levels and insulin resistance, while those in the ‘dinner’ group experienced no changes.

Furthermore, testosterone levels in the ‘breakfast’ group, decreased by half, with no changes in the ‘dinner’ group.

Most importantly, the rate of ovulation was much higher in women in the ‘breakfast’ group as against those in the ‘dinner’ group.

“The research clearly demonstrates that indeed the amount of calories we consume daily is very important, but the timing as to when we consume them is even more important,” study’s lead researcher, Professor Oren Froy from the Hebrew University of Jerusalem, said.

The findings of the study are reported in the journal Clinical Science. 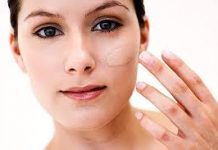 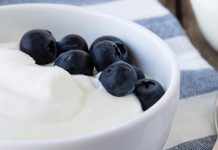 Regrets After Sex Might Differ For Men And Women