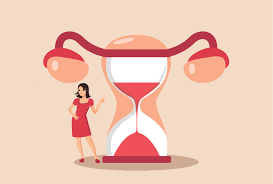 Are you becoming more and more forgetful by each passing day as you reach your menopause? According to a new study, memory loss has been confirmed to be one of the key symptoms among women who undergo menopause.

The study also suggests that the more often a women experiences hot flashes, the more forgetful she is likely to become. There is a definite correlation between experiencing severe hot flashes and memory loss.

In the past few studies, researchers have tried to investigate the correlation between the menopause memory loss and hot flashes, however the results of their investigation have proved to be very inconsistent.

Study details:
In order to substantiate this theory, researchers from the University of Illinois and Northwestern University conducted their own set of experiments.

They collected information of a sample of 68 healthy middle aged Chicago women who were experiencing severe hot flashes, roughly 35 per week. The women were monitored and their moods, quality of sleep, their degree of forgetfulness and other menopausal symptoms were closely observed.

Several tests were conducted to assess their attention span, ability to understand and comprehend information and brain activities involved in remembering things.

Implications of the study:
The study confirmed number of findings of the research. The two most important finding of the research study are as follows:

1)The women who feel that they have the worst memory loss during their menopausal period, actually score less in their memory tests.

2)Those who experienced severe hot flashes complained more memory loss than those who had fewer number of hot flashes. This was directly proportional to the frequency of hot flashes experienced. The longer the duration of hot flashes, the more subjective memory decline was observed during the menopausal period.

This does not necessarily confirm that all the women who experience severe hot flashes would definitely have worse memories.

The researchers said, “A review of studies comparing subjective and objective cognitive performance in adults of both sexes concluded that subjective memory complaints are not reliably related to cognitive impairment but are consistently related to depressive symptoms.”

Hormone levels associated with memory loss
Though the cause of memory loss during menopause is still unclear, Dr. Miriam Weber, a psychologist from the University of Rochester Medical Center theorizes that shifting hormone levels may be one of the reasons of this common complaint experienced by several women.

Dr. Miriam stated, “While absolute hormone levels could not be linked with cognitive function, it is possible that the fluctuations that occur during this time could play a role in the memory problems that many women experience.”

The study also reveals that due to the rise in hormone levels the women experience memory loss, however the normal state would be attained once the menopausal phase finishes.

“The largest study of objective cognitive performance across the menopausal transition indicates that processing speed and memory decrease during perimenopause but return to expected levels during post-menopause,” the study confirmed.

Journal Menopause published the result of the research study online.

Grab a bottle of the “granny recommended” Mustard Oil, right away!

Breast cancer can be detected using the new “P-scan” urinalysis