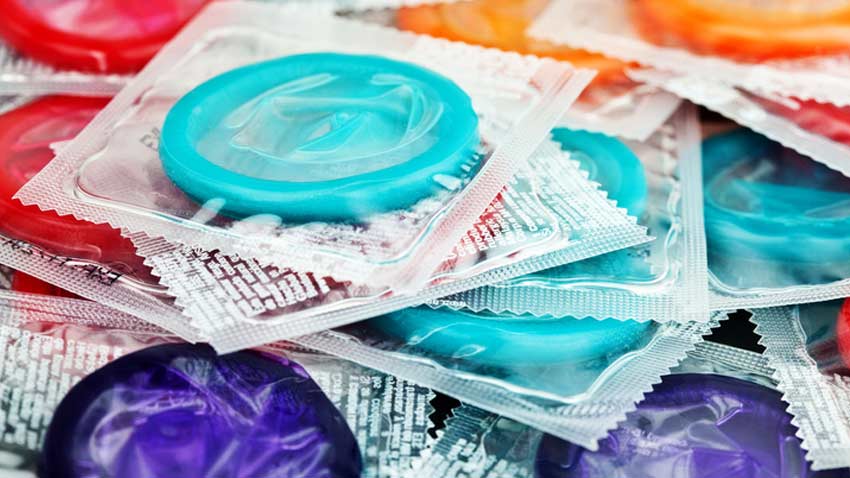 Desire closeness with your partner and long for some “good moment” sex but you are petrified about the right contraception method? One of the best contraception methods is using a condom. There are many insecurities and myths about condom use and we at MedGuru try to clear a few “condom facts” for you.

Don’t feel shy! Get to know the commonly asked questions? Read on:

Does the condom break easily?

The condoms do not break easily; just make sure that it is slipped on properly without an air bubble trapped at the end. Keep sharp nails, teeth bites and jewellery pieces away from the condom. While putting the condom on make sure it slides on comfortably, if it doesn’t that means that the condom is placed on the wrong way. Do not straighten the same condom, change it, or else semen might slip in the female tract if it been tried on.

In case the condom breaks, the female can take an emergency contraceptive pill or get a consult from a doctor, pharmacist or a medical clinic so there is nothing to worry. But just remember this should not be made a practice. As you are at it get a medical consult for sexually transmitted disease as well.

Are two condoms the answer?

The question that people often ask is whether sex becomes safer after the application of two condoms? But this is not a safe idea at all. Do not use two condoms at the same time as the chances of the condom getting ripped increases double fold. Even if the female and the male use a condom at the same time, it can cause a mishap. You are much more protected with a single condom at one time.

Keep that Vaseline jars away even if you are not lubricated enough as any oily substance that is used with the condom can tear it. The condom dissolves in oily mediums so hand creams, oils, Vaseline and baby oils should not be applied under any circumstance. At this time head for a water based lubricant that are easily available “over the counter”.

Are condoms the only answer?

Not at all! Condoms are the ideal answer in case of unintended pregnancies and an exposure to sexually transmitted diseases. The ideal method is using a dual method of contraception. Using a condom with another method can safely protect one from pregnancy hassles but it’s better to use a condom side by side to guard against STIs.

Other methods available are pills, Coils, implants or hormonal injections. If one is on the pill and is also having antibiotics then the effectiveness of the pill is reduced, at this time condoms can be a Godsend.

Condoms are available in different sizes, flavors, colors, textures and shapes and do not reduce the pleasure of the moment. Pick the one that suits you the most as it may surprise you that men have known to hold their ejaculation longer with condom use. The condoms certainly do not stop circulation as they are made of stretch material and are capable of stretching to a whopping 18 inches round.

Remember that a condom tells your partner of your caring and careful nature. The sexually transmitted diseases have no age and at times show no symptoms, so it’s better to be safe than sorry by using a registered or branded condom!

Geeky and awkward? It’s puberty, girls! Look out for its signs