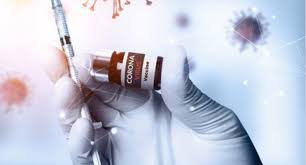 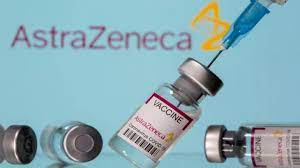 Covidshield, the AstraZeneca-Oxford COVID-19 vaccine, has been found to trigger a rare neurological disorder called Guillain-Barre syndrome. 11 people who received the shot of the COVID preventive vaccine have been diagnosed for the same in two studies conducted in India and England.

Clinicians have found 7 cases of the rare disorder in a medical center in Kerala, while 4 cases have been reported from Nottingham, UK. At least 1.2 million people were administered the AstraZeneca COVID-19 vaccine in India and approximately 700,000 received the vaccine shot in the UK. All 11 cases surfaced between 10-22 days of administration of the vaccine.

Guillain-Barre syndrome (GBS), a rare disease that affects 20 in a million people, occurs when the body’s immune system erroneously attacks a portion of the peripheral nervous system, a network of nerves located on the outer side of the brain and spinal cord. The disease is characterized by prominent facial weakness.

According to the findings of the study, the incidence of Guillain-Barre syndrome has reportedly been up to 10 times higher than previously documented. This indicates a clear link-up administration of the Covidshield vaccine.

“While SARS-CoV-2 vaccines are very safe, we report four cases of the bifacial weakness with paraesthesias variant of GBS occurring within three weeks of vaccination with the Oxford-AstraZeneca SARS-CoV-2 vaccine,” said the authors of the UK study from Nottingham University Hospitals NHS Trust.

“We suggest vigilance for cases of bifacial weakness with paraesthesias variant GBS following vaccination for SARS-CoV-2 and that post-vaccination surveillance programs ensure robust data capture of this outcome, to assess for causality,” they added.

The two studies featured in the journal Annals of Neurology published on June 10, 2021.

Vaccines and their efficacy against COVID-19  delta variant