Delta Plus Variant Of Corona Virus – All you need to know. 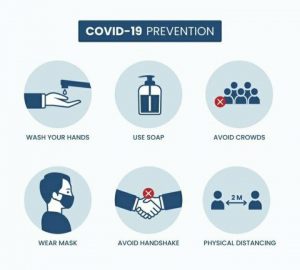 The world is fighting the deadly coronavirus. The second wave was nasty and ruthless. But what appears more troublesome is the newly emerging mutation of the coronavirus – the Delta Plus.

Delta Plus is a form of delta variant of novel coronavirus. It’s a mutant variant that was named Delta by the world health organization (WHO). It belongs to B.1.617.2 strain. This variant was first discovered in India on 22 December 2020 and now has spread to more than 90 countries in the world. According to WHO it’s the fourth variant of the Delta virus in the world.

When two different variants of the virus attack a host cell at once they mutate and form into a newly mutated virus. This is how the coivd19 virus mutated and transformed into a new Delta Plus virus. The Delta virus defuses in cells and divides much faster.

The central government of India has now declared this new variant as a ” variant of concern” from a “variant of interest”.

This variant was already there in some countries of Europe. And in India, it has been detected in states like Maharashtra, Kerala, Madhya Pradesh, and Karnataka. The experts in Maharashtra have stated that this variant is troublesome as we don’t know how this variant will act in the future.

According to official bodies, the concerns include that :

Around 40 cases have been recorded of delta plus variant from different states in which Maharashtra has the highest number with 21 cases.

According to experts, this virus stays in the air for a longer time, so it is highly advised to wear a double mask when going out, stay at home and don’t unnecessarily go out, follow social distancing, get vaccinated, and be a good citizen by taking care of yourself first.

This variant not only attacks your lungs severely but takes 6-8 hours once it attacks the nasal or oral tracts and there are 18 others receptor sites where it can attack. The virus has grown smarter than before and involves other organs. It can directly go to the brain. It disturbs the intestinal barrier which will cause vomiting and loose motions or diarrhea. It is evolving on daily basis.

According to the health secretary, Mr. Rajesh Bhushan, Covidsheild and Covaxin both are effective against delta plus virus and any important information would be shared.

The third wave could come faster than expected due to the spread of the delta plus virus according to experts. So get vaccinated and stay indoors. We together can fight this battle by protecting ourselves and behaving like responsible citizens.

Can future pandemics be prevented with universal hybrid coronavirus shot?

Dealing With COVID-19 Vaccine Side Effects