When is Puberty Too Early? 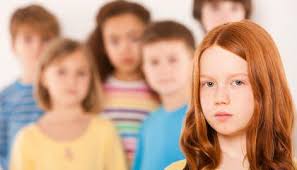 Parents may wonder whether their child is moving into puberty too early. Many factors can cause your child’s body to mature faster than others, most of which are beyond your control. Precocious (early) puberty usually occurs before the age of eight in girls and before the age of nine in boys. The cause is often unknown.

Peripheral precocious puberty may be caused by:

Although each child may experience signs of precocious puberty differently, they are generally the same as the signs of regular puberty, including:

With proper treatment and care, most children with precocious puberty will ultimately experience normal and happy adolescence. When treating children with central precocious puberty, medics often use synthetic luteinizing hormone-releasing hormone (LHRH). This hormone appears to stop sexual maturation brought on by the disorder by stopping the pituitary gland from releasing gonadotropin.

LHRH can be given as an injection once per month or via a small implant placed surgically under the skin, which is effective for one year. Your child’s doctor will help determine which form of therapy would be more appropriate for your child.

Health ID For Every Indian

What’s The Difference Between Being Anemic And Being Iron Deficient?